And what is Rutgers’ senior ancient historian up to these days? A lot, as it so happens.

Among other recent publications, Thomas Figueira draws the attention of his readers to the long-delayed, but now imminent, appearance of his study on 5th- and 4th-century colonization, “Classical Greek Colonization,” forthcoming in A History of Greek Colonisation and Settlement Overseas, G.R. Tsetskhladze, editor (E.J. Brill, Leiden) 427-524.

He continues his collaboration with his younger sister, D.M. Figuiera, the noted comparatist, in a series of papers and contributions on critical theory, including 2007 appearances at the XVIIIth Congress of the International Comparative Literature Association in Rio de Janeiro and at the conference Sparta in Comparative Perspective, Ancient to Modern: History, historiography and classical tradition in Nottingham.

Figueira will give two papers in Cork, Eire (at the International Sparta Seminar and the Celtic Congress of Classical Studies) in July, and, next year, will speak at the Philadelphia 2009 APA Annual Meeting, and at conferences in Liverpool and at Corinth.

In Rutgers notes, Figueira will be representing the School of Arts and Sciences (New Brunswick) in the Rutgers University Senate, and continues his participation in the RU Honors program under colleague Dean Sarolta Takács.

He calls everyone’s attention to the recent completion of Ancient History themed dissertations by Andrew Scott and Gregory Golden (Corey Brennan supervising), and wishes to convey his warmest appreciations to Corey and Leah Kronenberg for their efforts resulting in the addition of Timothy Power, Serena Connolly, and Emily Allen as tenure-track Classics colleagues. (Many thanks to you too, Tom! Ed] 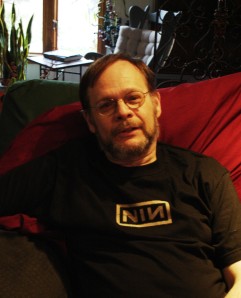