When it comes to “double majors”, it’s hard to top Michael Sobota ’08.

Sobota graduated from Rutgers this May in Classics (Greek and Latin option) with a minor in Art History. This 2008 bachelor’s degree is his second from Rutgers, the first being a B.M. with a major in French Horn Performance awarded by Mason Gross School of the Arts in 2003.

This September Sobota starts graduate study as a doctoral candidate in Columbia University’s interdisciplinary Classical Studies program. He aims to use his background in classical philology, music and art history to work toward “a comprehensive social understanding of antiquity”.

“When I came back to Rutgers full-time in September of 2005 to start the second degree,” Sobota recalls, “I played in the wind ensemble for one semester. But when I found myself studying Greek verb flashcards during a recording session, I realized I couldn’t maintain a serious commitment to both performing and Classics beyond that fall.” Still Michael performs in New Jersey as a much sought-after freelancer.

Sobota received a Rutgers College scholarship to attend the Rutgers Summer Study in Greece program in 2006. He also won a scholarship and grant from Rutgers’ Aresty Undergraduate Research Foundation to complete a Henry Rutgers Honors Thesis in 2008 entitled “Greek Lyric: Socio-political Reflections from the Archaic through Classical Periods,” under the direction of Professor Thomas J. Figueira.

So far this summer? “I spent a week in Sicily, with highlights including a visit to the Greek temples at Selinunte, seeing the sculptures in the Archaeological Museum in Palermo, and viewing medieval churches and palaces in the province of Trapani.” 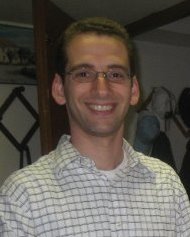