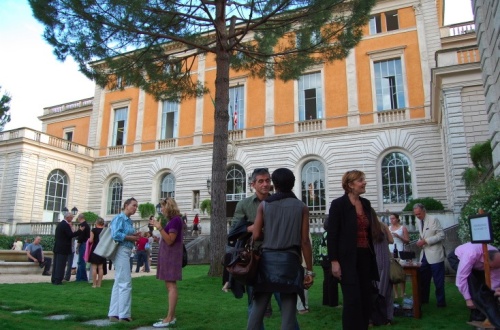 The McKim, Mead & White building of the AAR, during the Academy’s June 2008 Open Studios

Excerpted from a press release (12 December 2008) by Adele Chatfield-Taylor (FAAR’84), President of the American Academy in Rome:

“Roman historian T. Corey Brennan has been appointed to a three-year term as the Andrew W. Mellon Professor-in-Charge of the School of Classical Studies at the American Academy in Rome. Brennan’s appointment begins 1 July 2009.

Brennan comes to the Academy from Rutgers University-New Brunswick, where he is currently associate professor and chair of the Department of Classics and a former director of the university’s interdisciplinary program in Italian Studies. Before arriving at Rutgers in 2000, he taught for a decade in the Departments of Greek and Latin at Bryn Mawr College.

Brennan held a pre-doctoral fellowship at the American Academy in Rome in 1987-1988, and currently (2008-2010) serves as president of its Society of Fellows, an alumni group of more than 1000 that comprises Academy Rome Prize winners, Residents, and Affiliates.

[He] succeeds Professor Thomas A.J. McGinn (FAAR’85) of Vanderbilt University as Mellon Professor at the American Academy in Rome.”

Brennan’s three-year position is a temporary one, after which he returns to Rutgers for teaching. As Professor-in-Charge, Brennan will help advance the humanistic work of the Rome Prize winners and other members of the AAR community, and coordinate and supervise many aspects of the Academy’s varied resources and programs (especially “walks and talks” in the city of Rome, and trips further afield, plus lectures and conferences in the humanities). While in Rome, he also will continue to work closely with more advanced Rutgers Classics graduate students. You can see the Rutgers news release on this here. For an informative list of Rutgers’ links to the American Academy in Rome, see the final section of this article.

“The American Academy in Rome is one of the leading American overseas centers for independent study and advanced research in the arts and the humanities. Founded in 1894, it is an independent, privately funded institution that provides American artists and scholars the benefits of close association with the cultural heritage of Rome. The core of this group is approximately 30 Fellows—Rome Prize winners—selected each year by rotating juries who review up to 1000 applications from across the United States. The Academy occupies approximately eleven acres on the Janiculum, the highest hill within the walls of Rome, and ten buildings—including the McKim, Mead and White-designed Academy Building, and the 17th Century Villa Aurelia.” 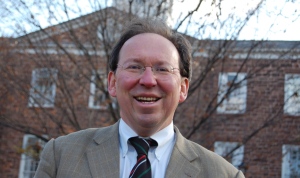