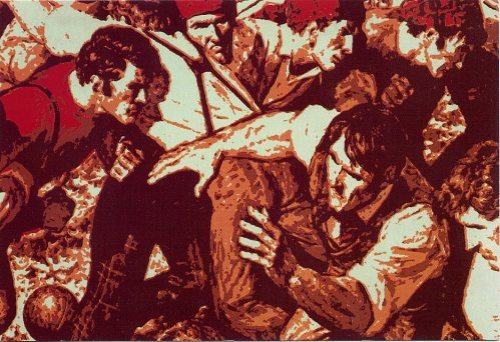 On 6 November 1869—143 years ago to this date—Rutgers hosted Princeton in the first-ever football game between two collegiate institutions, making Rutgers the birthplace of college football.

The game took place on a Saturday afternoon (3 PM kickoff) in a field along College Avenue in New Brunswick, now occupied by the gym affectionately known as “The Barn”. There a fired-up crowd of about 100 saw Rutgers beat Princeton 6-4. The rules were primitive, there were 25 players to a side, and the only equipment was the ball. And oh yeah—the Rutgers students caused a stir by showing up wearing the same color, namely scarlet.

Rutgers’ (then) new student paper, the Daily Targum, had the good sense to show up to report on the game, which they did in astonishing detail that has often been reprinted. See here for an excellent summary (with lots of great images) from the RU Athletics website.

Unlike Princeton, Rutgers also kept a good record of its student-athletes who showed up to play that November day—27 for RU in all.

Now, a glance at the academic rolls shows that all but five of those 27 players were taking the rigorous Rutgers Classics Curriculum. The best student among them was probably the team captain, William James Leggett, Class of 1872. Before graduating, he won prizes in Latin as well as mathematics and declamation. Amazingly, he was also Targum editor, director of the baseball team, and captain and stroke of the RU crew.

But three of the members of the team were flunking freshman algebra, and one of them—Classics student William McKee ’73—had a string of absences in the week leading up the game, which the faculty marked as “excused” after the Rutgers victory.

For the curious, there’s a list of the Rutgers players and their later careers. All of these student-athletes studied for the AB degree in the Classics Curriculum, except those in italics… 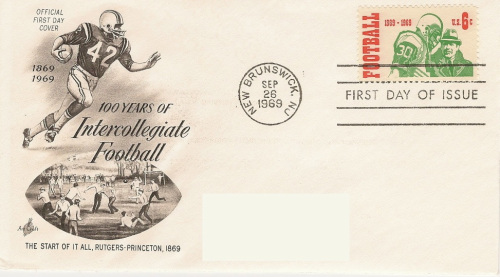 Want to know more? You need to get a copy of Thomas J. Frusciano’s Rutgers University Football Vault: The History of the Scarlet Knights(2008). Frusciano has been Rutgers’ University Archivist for the past three decades, and has helped RU Classics in many ways (including making material available to this blog). A mindblowing book from an amazing series: 144 color pages plus dozens of pull-out replicas of vintage photos, tickets, programs and more. Feel the history. 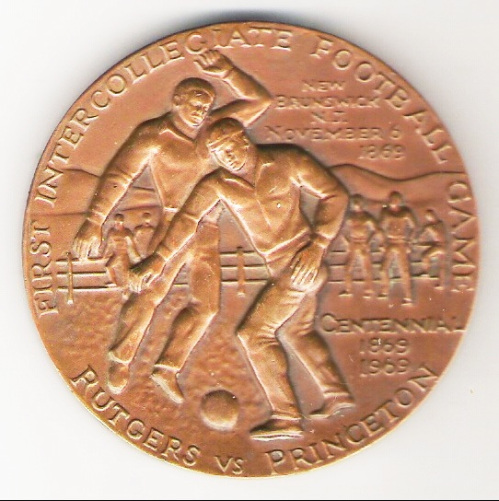 [This article appeared substantially in this form on the RU Classics Weblog on 6 November 2008. But, hey, the facts haven’t changed! So it seemed worth reposting on this year’s anniversary of The Birthplace—with a few additional images thrown in for good measure—Ed.]