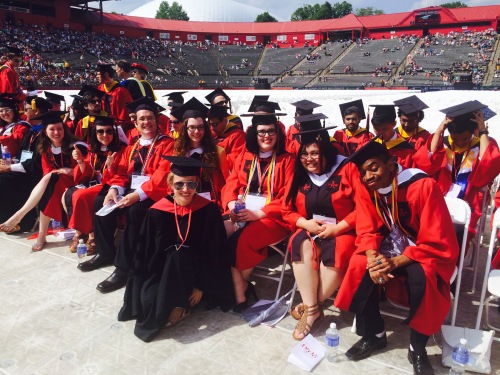 First, some numbers. An estimated 16,465 graduates received degrees from Rutgers at graduation ceremonies on 17 May of this year, the 249th since the founding of the university in 1766. Baccalaureate degrees accounted for 10,593 of the 2015 total, give or take a few. Master’s degrees added up to 3,951; doctorates another 1,919.

Many of the graduating students assembled at High Point Solutions Stadium had good reason to feel lost in a crowd. But that wasn’t the case for those from Rutgers Classics, which proudly contributed .0007% of the day’s degree recipients. Though enrollments for the largest classes in our department frequently push capacity, the language-based major and the graduate degrees remain a highly personalized experience, with intensive teaching and close advisement in the best liberal arts tradition. 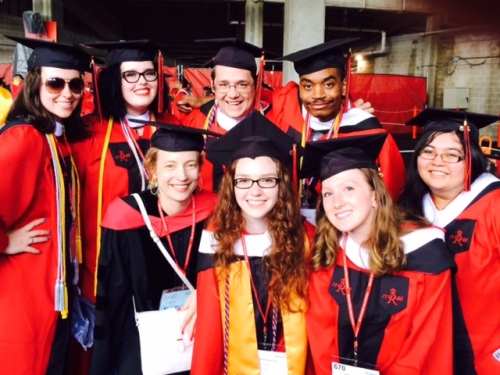 Receiving the Jacob Broadhead Prize in Classics (“to a student who displays all-around excellence in Classics”) was Bernard Lin.

On 17 May, there was also awarded a degree of MA in Classics to Scott Asher William Barnard. Scott Barnard received the degree of BA from the University of New Mexico, and also holds a MA in Comparative Literature and Cultural Studies from Rutgers. 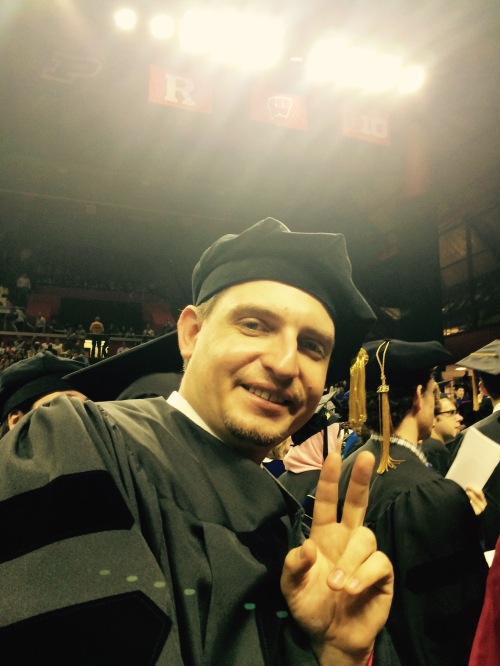 “You have much to be proud of, and it was an honor and a joy to spend the day with you yesterday. Sending renewed congratulations to each of you from all of us in Classics…our very best wishes and warmest encouragement to all of you in each of your endeavors. Stay in touch, keep us posted about what you are up to, come back and visit; don’t become strangers!” 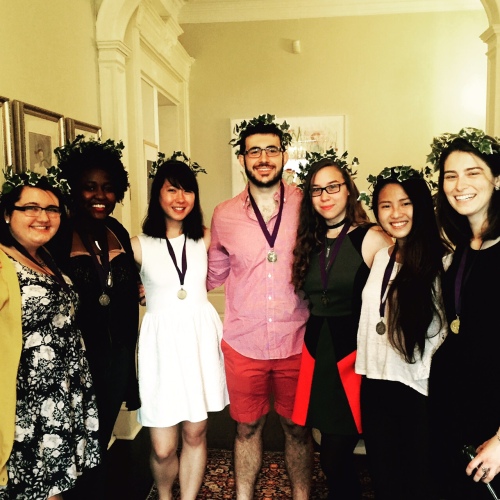