Rewriting Rome from the outside in: Spotlight on Katheryn Whitcomb RU Classics PhD ’16

Ever since Katheryn Whitcomb (Rutgers Ph.D. 2016) earned an A.B. in Classical Languages at Bryn Mawr College, her work has managed to maintain an impressive balance between ancient literatures and history, texts and material culture, center and periphery. Her primary research focus eventually centered on non-Roman perceptions of Rome during the late Republic and early Empire.

This trajectory resulted in an ambitious Rutgers dissertation entitled “Allies, Avengers, and Antagonists: Rome’s Leading Men Through the Eyes of Ioudaioi”. What Katheryn compellingly conveys here is a complex and ever-shifting variety of local attitudes, with each thread in her narrative showing real development. In the end, she shows that even some generations after Pompey’s invasion and assault on the Temple in 63 BCE, one can hardly speak of universal resentment of Roman rule in Judaea.

Katheryn has studied at the American Numismatic Society as an Eric P. Newman Graduate Summer Seminar Fellow (2014) and also served as the Assistant Project Director for the field school and excavations at the Upper Sabina Tiberina Project in Vacone (Lazio) (2012-2013). Her most recent publication has just appeared in Classical Journal 113.4 (April-May 2018), “Vergil, Octavian, and Erigone: Admiration and Admonition in the Proem to Georgics I.”

We took a few minutes to catch up with Katheryn to chat about her recent teaching (Franklin & Marshall, Haverford, Villanova), her far-ranging interdisciplinary scholarship, and her exciting new position at Gettysburg College.

RU CLASSICS BLOG: You have an academic specialty in non-Roman perspectives on Rome and its conquests. Tell us about your recent work in this field.

KATHERYN WHITCOMB: “I am currently working on my book manuscript, investigating Jewish views of Roman leaders from the second century BCE through the first century CE. In conjunction with my book project, I have found several ways to bring my research into the classroom through courses focusing on Roman imperialism in the middle to late Republic and race and ethnicity in the Classical world. I am thoroughly enjoying researching and discussing issues surrounding the impact of imperialism, particularly the ways in which conquered peoples adjusted their own world views to incorporate the trauma of conquest.”

RCB: Over the past several years you’ve taught at some established Classics programs at smaller private institutions in southeastern Pennsylvania: Franklin & Marshall, Haverford, Villanova. How did a large state university like Rutgers prepare you for that experience?

KW: “I was fortunate at Rutgers to gain a substantial amount of undergraduate teaching experience. Not only did I have the opportunity to teach Latin, but also to develop and teach my own courses on topics that are of interest to me. This experience greatly helped me transition to smaller institutions, where one is expected to hit the ground running, so to speak, and teach a wide variety of courses. The teaching opportunities and autonomy granted to me at Rutgers helped me gain confidence in my pedagogical approaches as well as my ability to design (what I hope are) engaging courses.” 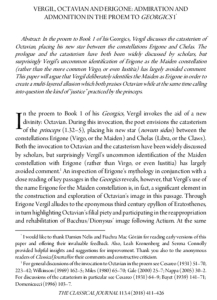 RCB: What are some of the ways you integrate material artefacts—coins, inscriptions—that you use widely in your research into your teaching?

KW: “I particularly enjoy bringing coins into the classroom as learning tools. Coins offer so many avenues of discovery that can help encourage student learning. As pieces of art, after a fashion, they provide visual imagery that can be understood and interpreted on several different levels. Like works of literature, coins also engage in conversation with each other, providing windows into how particular minting authorities viewed themselves and their relationships to others. In my classes, I try to incorporate coins that have striking (pun intended) imagery, such as those minted by Italian groups during the Social War or the Alexander-as-Herakles series, in order to promote lively discussion among students.” 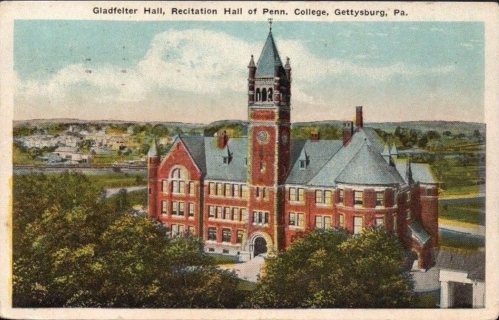 RCB: What’s the next step?

KW: “In Fall 2018, I will join the History and Classics departments at Gettysburg College in Gettysburg, PA. I am so excited to begin this two-year position at Gettysburg! I will be teaching courses on Classical Mythology, Latin, Greek, and, of course, history. I am looking forward to exploring Gettysburg, getting to know my new colleagues and students, teaching some new courses, and improving on courses that I have already taught.” 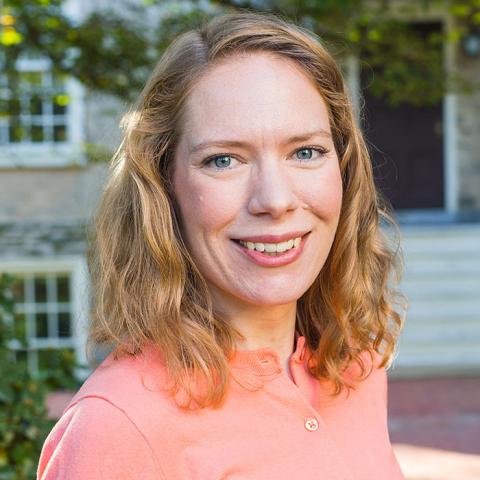