For RU Classics, a teaching collection of Roman Republican coins

Rutgers has an extraordinary collection of Roman Republican coins which is housed in its Alexander Library Special Collections and University Archives. At present it numbers about 750 individual pieces; in time, as a result of an ongoing gift, it will grow to more than double that amount. The Rutgers collection is remarkable for its comprehensiveness, historical value, and the fine condition of most of its individual pieces. 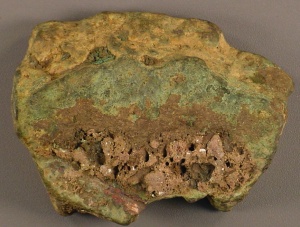 It was in 2001 that an unusually generous anonymous benefaction brought these coins to Rutgers. The gift of this collection, which had been acquired with an expert eye and much continued effort over many decades, almost overnight made RU an important center for teaching (and, in time, research) in this area.

Since 2001 use of the Rutgers Republican Roman coin collection has been restricted to undergraduate and graduate courses in Classics.

But in fall 2005 Rutgers hosted an exhibition which was the first public display of these coins; Rutgers University Libraries published a 72 page catalogue to accompany the show. The exhibition had as its major themes the evolution of the technical aspects of coinage in the earlier Republic, and political and social developments that are reflected in Rome’s money during the period down to 91 BC, the start of Rome’s “Social War” against its Italian allies, and with it, a new era in the coinage. 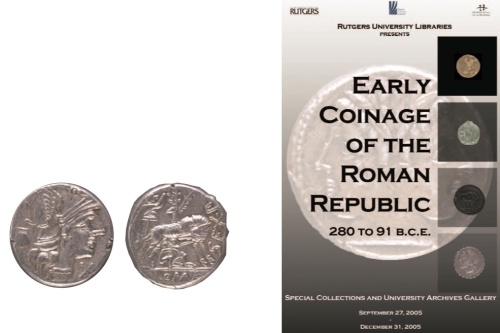 3 responses to “For RU Classics, a teaching collection of Roman Republican coins”