Perhaps you were wondering about that Odysseus tied to the mast on our blog header. 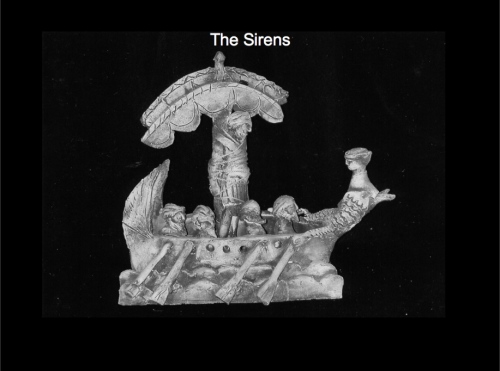 Well, it comes from “The Iliad and the Odyssey” by Evelyn O. Wilson (1915-2006). That’s a narrative group of more than two dozen grey terracotta sculptures, each about sixteen inches in height, executed in the early 1990s.

These works, along with paintings by the sculptor’s husband, noted American artist Ben Wilson (1913-2001), have been on permanent display in the RU Classics department since 2006.

In fact, Rutgers-New Brunswick is building a rich collection of Wilsoniana, with other pieces by the two artists in its Jane Voorhees Zimmerli Art Museum, its Art Library, and (most recently) in the lobby of its Department of Women’s and Gender Studies.

There’s a short film entitled “The Turbulent Ground” that Florida fine arts and antiques dealer Don Elder has made about Ben Wilson. “It’s terrific”, said Joanne Jaffe, “and offers rare insight into Ben’s thinking and paintings.” Wilson was a painter of the Abstract Expressionist school and a veteran of the WPA.

But of the Homeric sculptures at Rutgers Classics, why not let Evelyn Wilson tell the story in her own words?

As it happens, Rutgers was to receive also the Canterbury Tales and Mother Goose cycles. But keep reading–we’ve only just started! 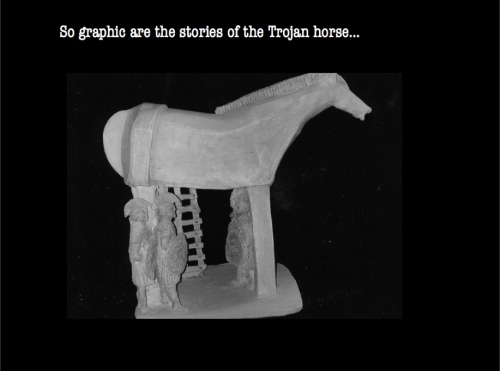 So what happened next? 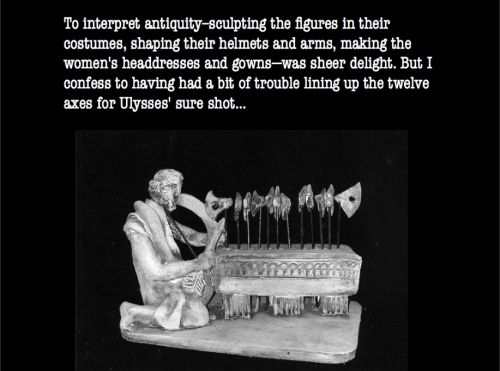 To view any piece from the group of 26 sculptures in Evelyn Wilson’s Iliad and Odyssey series, point and click at one of the following thumbnails… 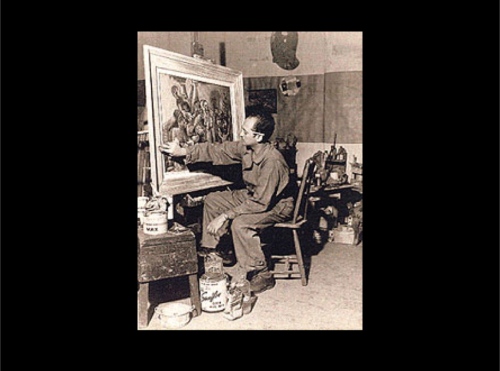 Evelyn Wilson’s book of memoirs and sculptures, The Prince of Whales and Other Tales (featured above), was compiled as a gift by her daughter Joanne Wilson Jaffe, who is herself a ceramist. Their work can be viewed online at The Gallery of Functional Art. Nancy Rica Schiff is the photographer who produced the later portraits of Evelyn and Ben Wilson. Don Elder photographed the Iliad and Odyssey sculptures.