The Rutgers Classics lantern slide collection consists of more than 1000 original exposures taken in the 1930s as part of archaeological research done in Italy, Greece, and Turkey, by faculty members of the New Jersey College for Women—now part of Rutgers and known as Douglass Residential College.

The collection—which we thought we completely digitized a decade ago—provides a glimpse into the NJC academic and teaching culture of the 1930s, as well as American women in archaeology and ancient history in the pre-World War II era. For the dramatic story of how these images came into being, and then reemerged after a half-century or more of neglect, see this article in the 20 February 2006 issue of Rutgers Focus.

Well, last month another 150+ lantern slides cropped up in the department’s study collection, enhancing one of the core strengths of the collection, namely images of Mussolini’s Rome in the late 1920s and 1930s.

Here is a first glimpse at some of the “new” slides. The focus here is on the brutal “isolation” and restoration of the Mausoleum of Augustus (which functioned as a roofed concert hall until May 1936) and Vittorio Ballio Morpurgo’s pavilion for the Ara Pacis, inaugurated 23 September 1938—to cap the year-long national celebration of the 2000th anniversary of Augustus’ birth. Morpurgo’s structure of course has since seen demolition, to make way for Richard Meier’s 2006 Ara Pacis Museum. 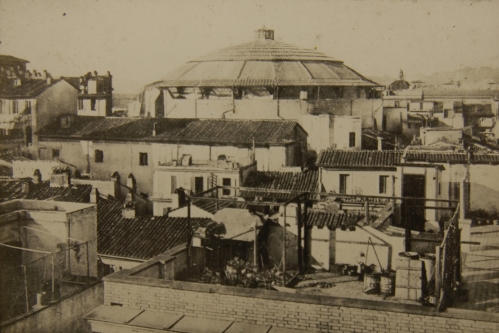 Mausoleum of Augustus still functioning as a concert hall 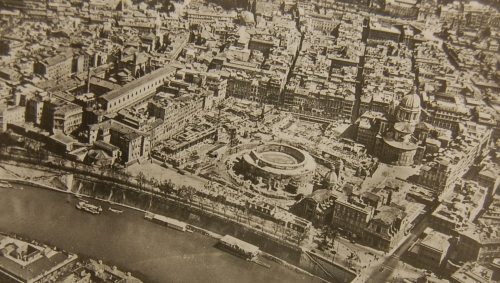 Aerial view (commercial image) of the Mausoleum with “isolation” in progress

Preparing the Mausoleum for its grand re-opening, scheduled for 23 September 1938 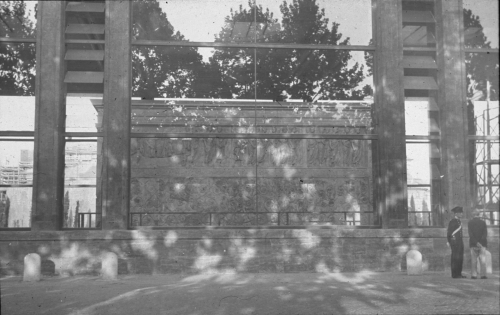 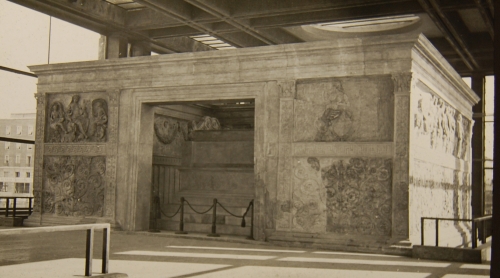