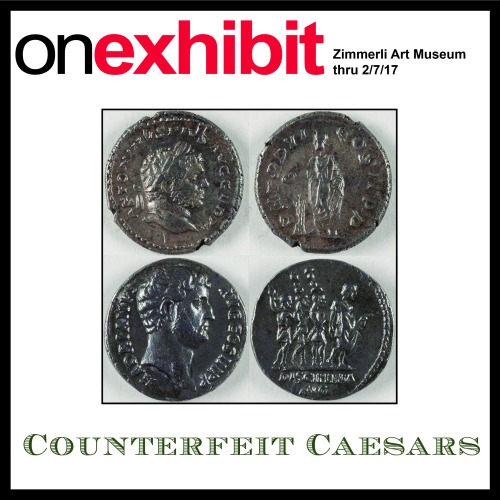 “The United States Department of Treasury estimates that about $70 million dollars in counterfeit currency is currently in circulation. Counterfeit money is a tremendous problem in modern economies, but it is not a new problem by any stretch of the imagination.

This month, Rutgers University Libraries, the Zimmerli Art Museum, and the Rutgers University–New Brunswick Department of Classics are teaming up on a display of counterfeit coins from the Ernst Badian Collection of Roman Republican Coins. Counterfeit Caesars: The Criminal Genius of Coin Forger Carl Wilhelm Becker (1772–1830) will be on display through February 6, 2017 at the Zimmerli Art Museum in the Class of 1937 Study Gallery (71 Hamilton Street, New Brunswick, NJ 08901).”

Here is the catalogue to the exhibition:

“While the gallery is dedicated to showcasing works that supplement Rutgers academic courses, it is open to all visitors. Currently, the Study Gallery also includes a display of American prints and an ACT UP Art Box. 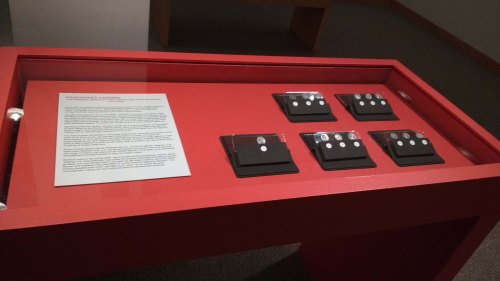 ‘Counterfeit Caesars’ on display at the Zimmerli. Credit: Tim Corlis

The exhibit presents 13 counterfeits of silver denarii of the Roman imperial period. The coins, selected by classics professor Corey Brennan, represent issues of emperors and empresses from the reigns of Caligula (37–41 C.E.) through Caracalla (211–217 C.E.). The style of these counterfeits is stunningly close to their authentic prototypes and all seem to be hand struck—as opposed to stamped on a press or created via electrotyping.

So, how do we know they are counterfeit?

With high quality forgeries like this, coin collectors and historians rely on both metrology and historical research. The first clue that these coins are counterfeit is that they are about 25% heavier than their models. This is likely because they are made of less expensive metals–silver alloys or plating over a base metal core.

Also, while some of these pieces may be contemporary Roman forgeries, in at least three instances we can pinpoint their source. Three of the coins in this collection were created by the most notorious coin forger in history: Carl Wilhelm Becker (1774-1830). Becker was a German engraver, an acquaintance of Goethe, and a trusted familiar of many European nobles.

His side career as a forger was revealed after his death when he left forger’s dies for 360 Greek, Roman, and medieval coins. His superior die cutting skills, ancient striking techniques, and artificial distressing techniques have made “Beckers” practically impossible to discern as fakes. It is entirely possible that more—perhaps much more—of his output has gone unrecognized, making him the continued bane of collectors and museums.

We are proud to make this unique exhibit available to the Rutgers and New Jersey communities. If you wish to see it in person, the Zimmerli Art Museum has information for visitors here.” 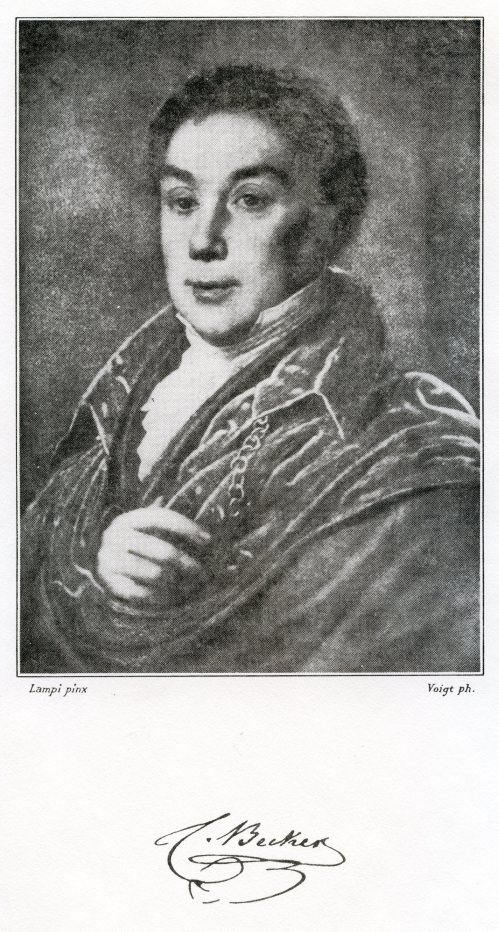 COUNTERFEIT CAESARS: THE CRIMINAL GENIUS OF COIN FORGER CARL WILHELM BECKER (1772-1830) is curated by Corey Brennan, Associate Professor of Classics at Rutgers University, and Donna Gustafson, Curator of American Art and Mellon Director for Academic Programs at the Zimmerli Art Museum (ZAM). Tim Corlis, Head of Preservation at Special Collections and University Archives (SCUA), served as the Artistic Director for this exhibition. Keith Bull, Exhibitions Coordinator, at ZAM served as Exhibition Designer along with Tim Corlis.

Corey Brennan additionally edited the (forthcoming) catalogue with Mirielle Vasselli, Coins Intern at the Department of Classics and SCUA.

We would like to extend our thanks to Rick Hale, PhD candidate in Classics; James McGlew, Professor and Chair of Classics; Flora Boros, Acting Exhibitions Coordinator and Public Services Assistant at SCUA; Ron Jantz, Digital Library Architect at Scholarly Communication Center/Technical and Automated Services; Ron Becker, Head of SCUA; Francesca Giannetti, Digital Humanities Librarian and Curator of the Ernst Badian Collection of Roman Republican Coins; Fernanda Perrone, Archivist and Head of the Exhibitions Program at SCUA; Isaiah Beard, Digital Data Curator at Scholarly Communication Center/Technical and Automated Services; Annamarie Klose Hrubes, Coordinator of Digital Projects at Lewis J. Ort Library of Frostburg State University; Leslie Kriff, Registrar at ZAM; and Todd Caissie, PhD candidate in Art History and Summer Mellon Graduate Intern at ZAM, for all they have done for this exhibition to have come to fruition.

Special thanks are given to Frankie Busch, Board of Overseers at the Zimmerli Art Museum, and Mark N. Busch ’64, for inspiring this collaboration.